THE HISTORY OF OUR ASSOCIATION 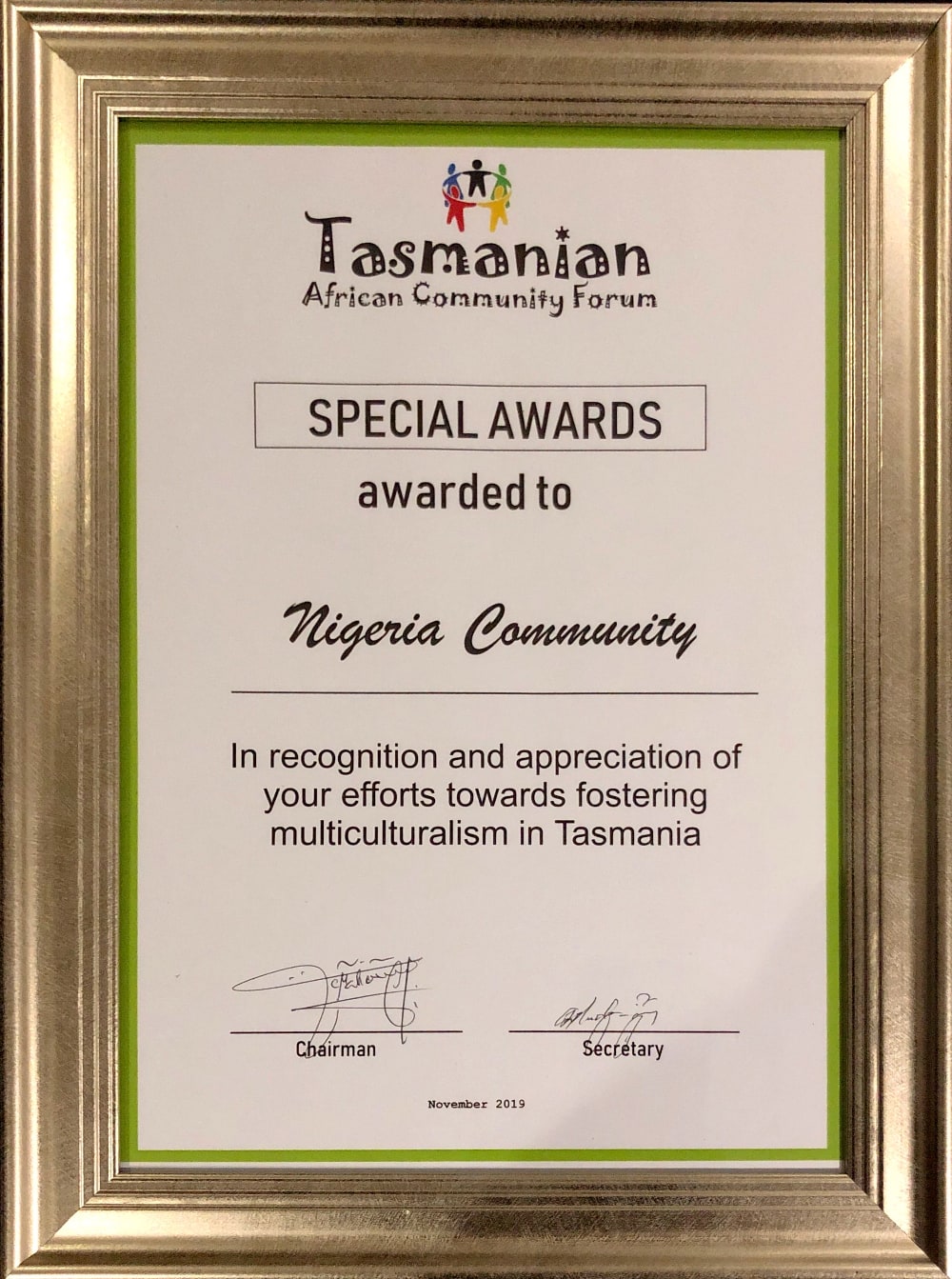 The Nigerian community in Tasmania has gone the miles to this day. Commencing in 2004, there was a small group of Nigerians that met annually during the Christmas time, hosted by Dr Enoch and Bunmi Aduli in Hobart. Gabriel and Diana Ojeah were one of the other earliest Nigerians in Hobart then. As from 2009, the group resumed meeting during Easters and caught ferry rides to Brunny Island for family picnics which included playing soccer (parents versus kids). A surge in immigration of Nigerian families into Tasmania boosted our numbers between 2007-2011.

The initial idea of creating a forum originated from three ladies – Lois Kidmas, Jennifer Yakubu and Bernadette Echetama who in mid-2011 suggested organizing a get together in which all Nigerians would be invited. The idea of the meetings was simply to be an avenue for everyone to come together, familiarize and socialize, and for our children to run around and play together. The first of such meetings took place in Launceston in October 2011 at the Punchbowl Primary School and was hosted by Dr Ali Kidmas’ and Mr Yakubu’s families. The meeting was well attended, and late Dr Emmanuel Echetama became the de facto Leader by virtue of his immense role towards the conception of Nigerian Community. Dr Kidmas was appointed as Assistant Leader and Mrs Jennifer Yakubu as the Secretary. Just like most things at its inception, we continued to deliberate on how to move forward. The tempo was high, and Nigerians in Tasmania were excited to have such a platform and all hands got on deck to propel. We had ourselves organized based on the various axis of the State that we live in and had subsequent meetings done in rotations on a 4-monthly basis. Families came together to organize and host meetings in their axis, thus, enabling us to travel around the various regions of Tasmania.

The second Nigerian meeting held in St Helens in January 2012 and was hosted by the family of Dr Emmanuel Echetama with the able assistance from Dr Esomeju’s family. This was followed by the Hobart meeting in April 2012 hosted by Dr Aduli’s and Dr Ochayi’s families. An unfortunate event and tragedy struck The Nigerian Community in Tasmania, the first of its kind, which was the sudden demise of Dr. Emmanuel Echetama in August 2012 just a few days to our Deloraine meeting which had to be canceled. The tragic event was saddening, melancholic and demoralizing but we were able to push through the trying time due to our concerted efforts as a Community, and with the help of our other friends – Africans and Caucasians. In fact, the existence of this platform at the time though at its infancy, was a boon to handling our loss.

Dr Ali Kidmas took the helm of affairs from August 2012 until November 2015 when he handed over to Dr Boniface Ochayi. Throughout the periods, our gatherings remained as a social platform without any formal registration and we were led by de facto executives. Meetings were held three to four times yearly on a rotational basis among the various geographical axis of Tasmania and entertainment was provided mainly by the hosting families augmented by other members on a BYO manner.

In recent years, robust discussions were had as to the need to make it an official registered organization with full appurtenances. There were various sides to the arguments, with opponents thinking it should remain a simple and open social gathering for any Nigerian who wants to get involved, while proponents believed that we should be registered to progress to the next level. This debate lingered as Nigerians came into Tasmania to live and go until recently, the need for a formal registration was adopted, pursued and achieved. Consequently, a constitution was drafted by a committee comprising Dr David Onu, Dr Ikechi Gbenimacho and Barr. Moshood.  After this important document was adopted by the general house, elections were conducted both at our Devonport meeting in October 2017 and Beecheno March 2018 meeting during which the current Executive Committee was fully elected with Dr David Onu as President.

The official registration of the association as an incorporated entity occurred in June 2018, followed in 2019 by designs of official logo and seal, letterhead papers, setting up of bank accounts, ABN registration, and website design. We are all grateful to one another for having gotten this far. We continue to strive to make the association better to grow and glow. We hope to make a resounding impact in Tasmania our State, in Australia our country, and beyond its shores in Nigeria our country of origin, and possibly beyond that.  So, help us, God.

This piece was written by Dr David Onu (Current President) with contributions from the following founding members of Nigeria Community in Tasmania Inc.